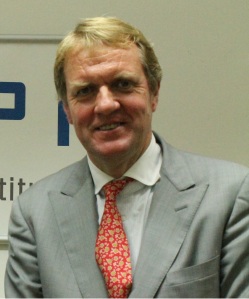 Peter Hulsroj pursued his legal studies at the University of Copenhagen from 1974 to 1979. After military service, Peter did post-graduate studies at Harvard Law School in the USA, where he earned a Master’s Degree in 1981. Returning from the USA, Peter joined a large commercial law firm in Copenhagen, where he became a full member of the Danish Bar. After three and half years of private practice in Copenhagen, Peter became a Contracts Officer in ESTEC, and thereafter served for almost 14 years as the Head of Contracts and Legal Affairs at Eumetsat in Darmstadt, Germany. Before rejoining ESA, Peter was the Legal Adviser of the Preparatory Commission for the Comprehensive Nuclear-Test-Ban Treaty Organization in Vienna. Peter was appointed ESA Director of Legal Affairs and External Relations  in April 2008, comprising four specialist areas: the Legal Department, the International Relations Department, the Communication Department and the Education and Knowledge Management Office. Since 2011 Peter is the Director of ESPI.

Peter published the book ‘The Principle of Proportionality’ with Springer in 2012.